Working with the staff of the Stevens Nature Center, the Friends of Hemlock Bluffs have been working to maximize grant funding. Our primary focus has been collaborating with staff to identify major budget limitations and the primary areas that are severely underfunded.  Projects brought forward by staff as "needed, but unfunded" are a priority for the Friends.

A grant for $12,500 from The Jandy Ammons Foundation has been provided to the Friends for the 2018 calendar year to improve the displays in the Stevens Nature Center's exhibit hall - specifically the "Wildlife in Action" panel on the "Our Environment Wall".

The Jandy Ammons Foundation partnered with the Friends of Hemlock Bluffs on the Children's Nature Trail in 2015, providing essential funding for the project which sees use by thousands of children and their parents each year - as they enjoy nature together in a fun and safe environment at Hemlock Bluffs.

The overall exhibit improvements are focusing on integrating technology into hands-on interactive, educational stations for visitors of all ages.

​We look forward to partnering with The Jandy Ammons Foundation on this exciting renovation project. 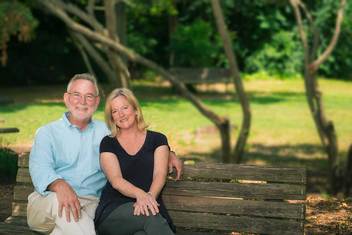 Jan and Andy Ammons of The Jandy Ammons Foundation

The NC Science Museums Grant Program notified the Friends of Hemlock Bluffs that due to legal regulations the 2017 - 2019 grant would not be awarded.

This year we are working with Hemlock Bluffs staff to renovate the displays and technology in the nature center's exhibit hall. Eventually, we hope to raise enough funds to enable us to work together to create a standard of excellence in the entire exhibit hall.  Limited funds have required some cost cutting decision-making.  We'd like to rise to a level of excellence in educational opportunities offered on-site in all areas, including the exhibit hall.  This grant is only a portion of the funds necessary to begin the work toward upgrading the exhibits.  Additional fund-raising will be required.
​
Fundraising for our Exhibit Renovation Project continues, as we seek grants to implement our plan to upgrade technology and the hands-on character of the displays in the Stevens Nature Center.  Let us know if your employer, small business or organization provides grants to educational, non-profits like the Friends of Hemlock Bluffs.
We'd be interested to know. Email us at::fohbsecretary@gmail.com 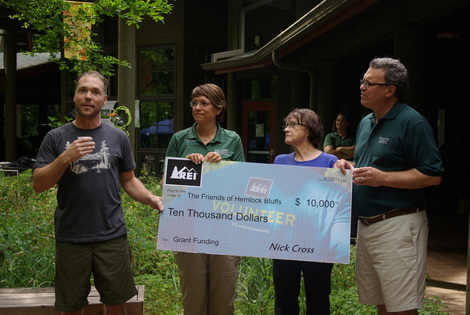 REI Grants
Between 2010 and 2014 REI provided almost $65,000 in grant funding to the Friends of Hemlock Bluffs for trail improvements, volunteer funding and the Children's Nature Trail at Hemlock Bluffs.

REI has also been consistently hosting National Public Lands Day in September, which has become the second most attended Volunteer Workday at Hemlock Bluffs Nature Preserve. 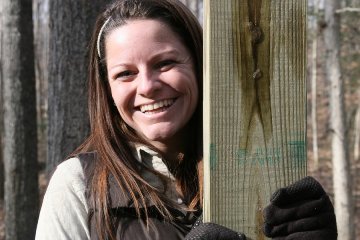 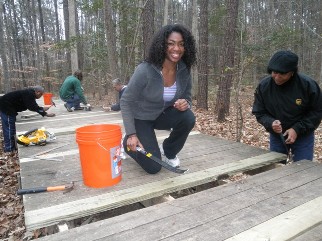